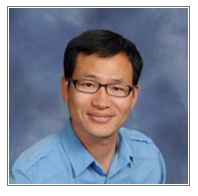 Justin Ryu is a pastor and a well devoted Christian who understands the true meaning of God and Jesus Christ. Born on August 30, 1971, in Seoul, South Korea. He moved to Atlanta, Georgia in 1999, where he has attended and earned his Master of Divinity from the Candler School of Theology of Emory University in the year May 2002. Served as a youth and college pastor at Christ Korean UMC (United Methodist Church) until 2003 when he moved to Berkeley, California where he attended and earned his Ph. D. degree in Hebrews and the Old Testament from The Graduate Theological Union in the year May 2008. He served in the Oakland Korean UMC as an EM (English Ministry) pastor during his time in Berkeley. He served as Pastor in three local churches after graduating with his Ph. D.: North Gold Circuit (Downieville, North San Juan, and Sierra City UMC). In 2010, he moved to San Jose in which he became the Lead Pastor of the New Creation Church, which was established in 2011. He has taught at Berkeley Christian College and Seminary as a professor since 2013. In August 2020, he gained the title Dean of Academic in BCCAS. He is married to Hannah, his wife, and has three children: Faith, Josephine, and Justin Jr.